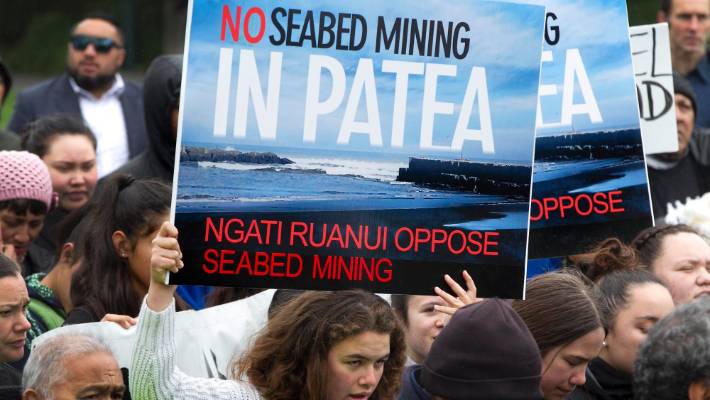 The Māori Party are congratulating Ngāti Ruanui and South Taranaki on the decision of the Court of Appeal to halt risky seabed mining off the South Taranaki Bight.

During the challenges associated with lockdown, the Māori Party are congratulating Ngāti Ruanui and South Taranaki on the decision of the Court of Appeal, announced today, to stop Trans-Tasman Resources plans for risky seabed mining off the South Taranaki Bight, and are pushing for a nationwide ban on all seabed mining permits.

The Court of Appeal found that there were multiple overlapping errors of law in the approach adopted by the Environmental Protection Authorities Decision-making committee, including failing to address the central question of whether granting a marine discharge consent would be consistent with the objective set out in s 10(1)(b) of the EEZ Act in relation to discharges of harmful substances: protecting the environment from pollution.

“We send our mihi and congratulations to Ngāti Ruanui, our own Debbie Ngarewa-Packer, and all of South Taranaki for this hugely significant victory for their moana, their whenua and their whānau,” said Māori Party President Che Wilson.

“Here in Aotearoa, from Raukūmara to Te Hiku to Kaikōura to Pātea, we have seen that Māori are on the frontline of resisting extractive industries that pollute our environment and pushing for transformative climate action.

“Even with this positive outcome the Māori Party will stay vigilant and continue to campaign against seabed mining across the country.

“Ngāti Ruanui and Debbie Ngarewa-Packer have led the fight against seabed mining in Aotearoa. If elected as the MP for Te Tai Hauāuru this year, Debbie will take that fight into Parliament.

“The Māori Party position is to ban all seabed mining permits across Aotearoa. It is a risky and untested extractive technique that could cause unprecedented damage to our marine environment.

“We are the only political party in Aotearoa to have a policy to either ban or put a moratorium on seabed mining. This is a clear indication of why we need Māori Party MPs back in Parliament to fight for our people and our environment.

“We would also ban new onshore oil and gas permits, fracking, and new coal mines. A vote for the Māori Party is a vote for strong action on climate change and protecting our natural environment,” said Mr Wilson.