Te Paati Māori - About us

The Māori Party, is a political party, born of the dreams and aspirations of tangata whenua to achieve mana motuhake (self-determination) for whānau, hapū and iwi within their own land; to speak with a strong, independent and united voice; and to live according to kaupapa handed down by our ancestors.

The Māori Party believes that indigenous solutions can help unlock the wellbeing of our whānau, and our nation. Our policies and practices are derived from kaupapa tuku iho, and aim to provide for the wellbeing of all, recognising that we must improve the outcomes of whānau Māori if we are to be a truly diverse, happy and well nation.

We are a values based Party, and as such our kaupapa - which express the values handed down to us by our ancestors guide us in all that we do. They are:

Our Kaupapa are outlined in further detail in our Constitution.

Founded in 2004, our Party was born out of bravery, love and a 40,000 strong hikoi (protest march) over the Foreshore and Seabed Act, a piece of legislation passed by the then Labour-led government, which undermined Māori rights.

Our founding Co-Leader, Tariana Turia, was a Labour MP at the time. So opposed to the legislation and blatant disregard for Māori rights, she chose to cross the floor and stand with her people in opposition to the legislation. Her people called on her to leave the Labour Party, and contest her seat (Te Tai Hauāuru) in a by-election, under the banner of a new political party - the Māori Party.

Dame Tariana Turia sought the support of a range of people, including Sir Dr Pita Sharples (founding Co-Leader) Whatarangi Winiata (founding Party President) and others who then called a series of hui, which eventually led to the establishment of the Māori Party.

It was also in 2008, that the Māori Party entered a supply and confidence agreement with the National Party. This relationship saw the Māori Party become part of the Government, with Ministerial positions. Upon Tariana and Pita’s retirement, Te Ururoa Flavell (Waiariki), and Marama Fox (List MP) took up the mantle of Co-Leadership and continued the Party’s work in Parliament.

In our time in Government the Māori Party has been proud to have been at the forefront of embedding Whānau Ora, leading a constitutional review, signing the UN Declaration on the rights of indigenous people and gaining billions of dollars worth of investment into supporting whānau, Māori organisations, te reo Māori, education, broadcasting, sport and more.

We are proud of the legacy that our Party has left, and will continue to strive for transformational change that empowers our whānau, hapū and iwi. 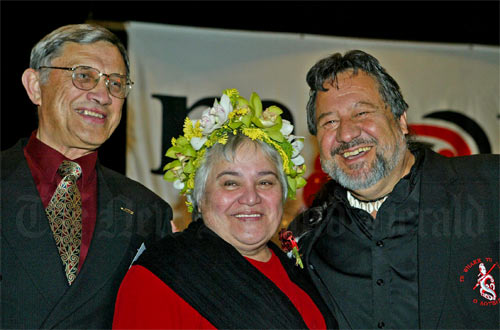