The Māori Party says history was made with the passing of the Te Awa Tupua (Whanganui River Claims Settlement) Bill through its third reading in the House today. 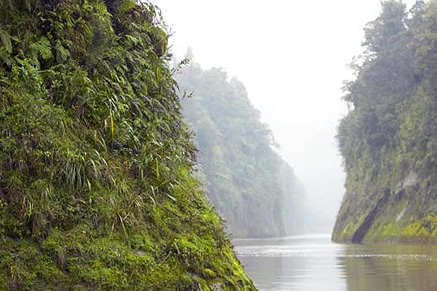 Māori Party Co-leader Marama Fox says; “the Whanganui River, Te Awa Tupua will have its own legal identity with all the corresponding rights, duties and liabilities of a legal person.”

This follows the example used in the Tūhoe Settlement Bill which saw Te Urewera National Park become a legal entity in 2014.

“The history made in the House today reflects the courage of the many champions who first tabled the Wai 167 Claim on 14 October 1990,” Ms Fox says.

“We have a chance to restore Te Awa Tupua to its life-giving essence and, in doing so, to gift back to the Whanganui River iwi their rightful obligations and responsibilities to the river that runs through their veins.”

Māori Party Co-leader Te Ururoa Fox says; “For Whanganui and many in Aotearoa, a connection to our awa is a treasured part of our identity and today marks a momentous occasion.

“Today we acknowledge the sacrifice and suffering of the Whanganui River iwi who have endured and fought for nearly 150 years to stop the exploitation of their life force which has helped heal, purify and sustain them,” Mr Flavell says.

Mr Flavell says the Māori Party is proud and, indeed, humbled to support the legislation, respecting the vision, the generosity, and the remarkable persistence of the Whanganui River iwi.