The Māori Party congratulates Whāngārā mai Tawhiti who took out the Toa Whakaihuwaka at Te Matatini in Heretaunga this afternoon.

“It was an absolute privilege to witness outstanding perfomances on the stage over the last four days. Whānau, hapū and iwi across Aotearoa can be immensely proud of the powerful display of te ihi me te wehi of all the kapa, who were all winners.

“Led by inspirational kaitātaki tāne Derek Lardelli and kaitātaki wahine Lavinia Winiata, Whāngāra mai Tawhiti have won the Duncan MacIntyre Trophy. Their performance was nothing short of spectacular and I congratulate them and all the other finalists on their magnificent performances.”

Māori Party co-leader Te Ururoa Flavell says "I am sure the motu agrees Ngāti Kahungunu were exemplary hosts and their manaakitanga was second to none.”

“The hundreds of volunteers including our wonderful Māori Wardens who pitched in to help make Te Matatini — Te Kahu o te Amorangi a huge success deserve the highest praise. The thousands of hours of hard work, commitment and dedication by the 47 kapa have meant for a memorable, magical and awe inspiring celebration of being Māori.” 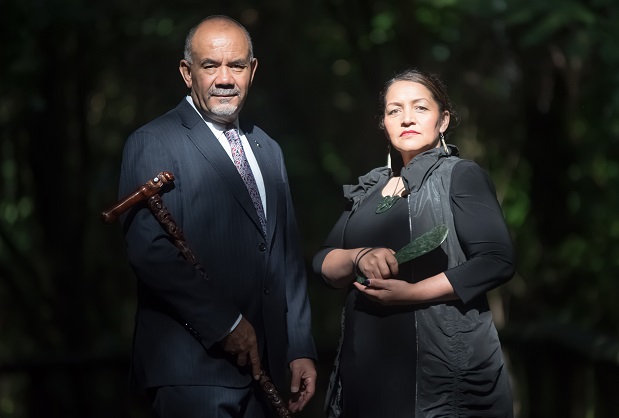