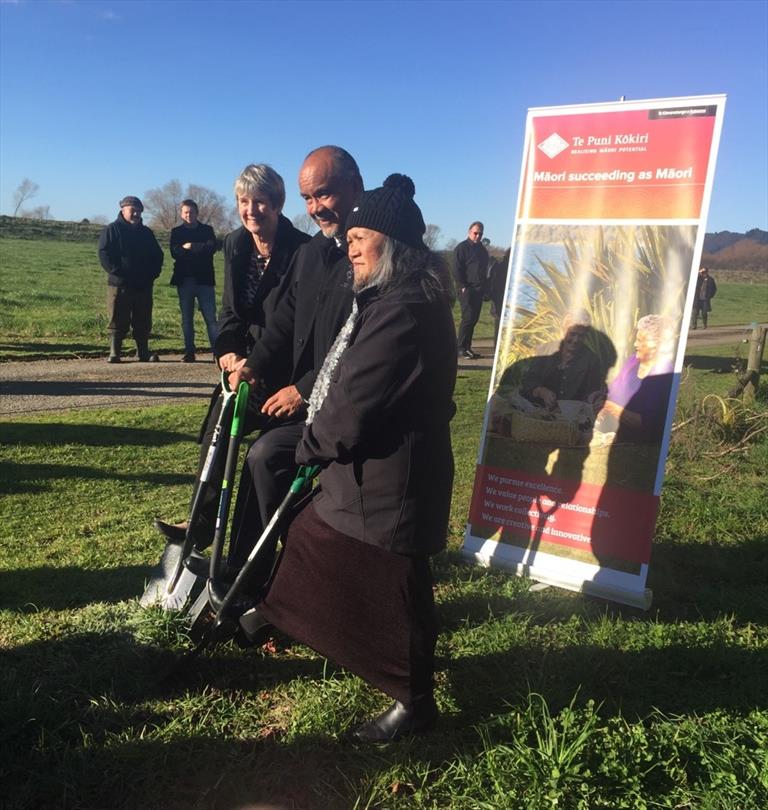 Ona pou he mahoe, he patatē

At the end of the 19th century, Kingi Tawhiao spoke about rebuilding, using the concept ‘I will build my house’. Just recently that concept was remembered by Kōkōhīnau and Pahipoto committees as they honoured former Minister of Māori Development Hon Te Ururoa Flavell.

“We are humbled and honoured, to learn of the dedication at the opening of Te Ara a Te Ururoa Flavell at Kokohinau Marae” said Che Wilson, President of the Māori Party.

“Just over a year ago, on 6 April 2017, Edgecumbe was hit by a freak storm and severe flooding. Our co-leader Te Ururoa Flavell immediately acted: securing resource through Cabinet for the construction of emergency housing to accommodate all those rendered homeless by the storm.

“His quick thinking, his dedication to whānau, and his commitment to make immediate progress has resulted in a housing development on the papakāinga which the Māori Party is proud to celebrate."

“We were pleased that the new Minister for Māori Development, Hon Nanaia Mahuta, was there to pledge her commitment to making Te Ururoa’s original dream materialise from five houses to 40,” said Mr Wilson.

“Whether it’s Te Pūtake o Te Riri (commemoration of New Zealand Wars) or the Papakainga Housing or Whānau Ora or Te Mātāwai, we are really proud that the initiative and the leadership shown by the Māori Party continues to be vital in establishing stronger futures for whānau, hapū and iwi.”