I move, That the Te Ture Whenua Māori Bill be now read a second time. By way of introduction, as we do, Te Ture Whenua Māori Bill restates and reforms the law relating to Māori land. It is a major step in the journey to recognise and enhance the mana and tino rangatiratanga Māori have always exercised and continue to exercise over our whenua, resources, and taonga. At its heart the bill will protect the right of Māori landowners to retain, control, occupy, and develop their whenua themselves as a taonga tuku iho for the benefit of present and future generations.

The bill is based on the fundamental principles that Māori land endures as a taonga tuku iho by virtue of whakapapa, that tikanga Māori is fundamental to matters involving Māori land, and that Te Tiriti o Waitangi is central to the application of laws affecting Māori land. The bill is also grounded on the idea that Māori landowners have the right to decide for themselves how their land is governed and how it is used, to take advantage of opportunities to develop their land for the benefit of present and future generations, and to have disputes managed in a way that maintains and enhances relationships among the owners and members of the whānau and hapū.

I wish to acknowledge the work that the Māori Affairs Committee has done in its thorough consideration of the bill and thank the committee for its contribution to this significant piece of legislation. It is a huge piece of work, which required a lot of time and effort to hear submissions, to do the analysis and provide the select committee report, which I will talk to shortly. In keeping track of the select committee process, I know that members looked right into the detail of the bill—as they should—so it is no surprise that the report is fairly comprehensive. I want to thank the chair, Tutehounuku Korako, and others of the select committee who participated in and indeed took leadership positions on the committee as it went through the process.

I would also like to thank everyone who provided feedback on the bill. That was important in terms of getting an understanding of the key issues that people felt needed to be addressed. In the end, the select committee, I believe, received over 152 written submissions from individuals, trusts, incorporations, and other professional groups and organisations as well. So I thank all of the submitters. The submissions covered a wide range of topics associated with the bill and I understand they gave the select committee plenty of food for thought.

As I indicated in the first reading, this bill is one of the most important measures for Māori that this Parliament will consider in our time, and it is fitting that it has received such careful scrutiny and consideration. The select committee has recommended several changes to the bill that, taken as a whole, are intended to improve the bill’s clarity and effectiveness. In reflecting on the report, it is my belief that the framework and policy reflected in the bill remains sound. This bill will bring about a significant change in the way the laws of our country reflect and provide for matters of fundamental importance to Māori and the way our laws relate to concepts embodied within tikanga Māori.

It is my view that most of the amendments made by the select committee are of a minor nature or are technical in nature. They include some additional cross-referencing to make it easier for people to navigate through the bill and I believe that these are sensible contributions and, most importantly, contribute to the bigger picture of the bill. There are a few amendments that are more material and should be mentioned. At this heart this bill addressed matters of Māori land tenure, which differ markedly from other forms of land tenure, and it has its own unique features. The matters addressed by the bill include a modern and sensible approach to the law relating to whenua Māori and whenua tāpui. The bill provides clear frameworks for Māori landowners in decision making, dispositions of Māori freehold land, governance arrangements and representation of owners, succession, and disputes resolution.

I want to give an overview of six of the most important changes recommended by the select committee. First, there is a change to the second-chance mechanism—that is, a process owners can use if they cannot reach the required quorum for a meeting. The change is to address concerns that the second-chance mechanism could expose Māori land to decisions made by a small minority of owners. The Māori Affairs Committee makes a decision under the mechanism conditional—two things: firstly, that the Māori Land Court is satisfied that the decision complies with the Act, and, secondly, that the decision helps the owners to retain, occupy, or develop their land for the benefit of present and future owners.

The second matter is that all Māori who own land on the day that the bill commences will be treated as being associated with the land in accordance with tikanga Māori. In order to succeed to land or to be entitled to own land, tamariki will now have to show a whakapapa link to only those owners and not previous generations of the owners.

Third, a high level of owner involvement will be required before a move can be made to consider revoking a governance arrangement. Previously, such a decision could have been made or been initiated by one single owner.

The fourth issue is that when people need to determine whether whāngai and adopted children are to be regarded as descendants of their parents, they need to first consider the tikanga of the respective whānau before looking to the tikanga of the hapū. The tikanga of the iwi, which was referred to in the bill as introduced, is no longer relevant.

Fifthly, the Māori Land Court will have various remedies available when investigating the conduct of a governance body, as this was not clear in the bill as introduced. Lastly, it is spelled out in a far clearer fashion that the judges of the Māori Land Court will continue to be appointed on the advice of the Minister for Māori Development, after consultation with the Attorney-General.

The bill deals with a number of matters that support Māori land utilisation and development, such as changing the framework for valuing Māori freehold land and giving councils more workable tools to deal with rating unused and unoccupied land. I can say that work is continuing on other matters, such as providing better solutions for landlocked Māori land, improving the way the ratings system works for Māori land, and addressing issues with the Public Works Act. Officials are also in the process of designing the Māori Land Service, which will provide practical support to Māori landowners so they can achieve their aspirations and take full advantage of the new legislative framework.

So, in closing, this bill, as I said earlier, is the most significant bill that will ensure our laws support the retention of Māori land and Māori ownership for generations to come and will ensure our laws recognise and provide for the mana and tino rangatiratanga in relation to whenua Māori. I look forward to the constructive debate that the House will have on this significant piece of legislation during the Committee stage. This will provide an opportunity for members to discuss the features of the bill as well as the changes proposed by the select committee.

So I thank, again, members of the select committee for the work they did. I know there was a considerable amount of time put in. I appreciate the effort that everybody did give to this bill, knowing full well that it is a major piece of legislation. I look forward to the Committee stage, when we can get down to the nitty gritty of the bill and have everybody’s views expressed about, clause by clause, all the details that came up in the whole process. I close and say that I commend this bill to the House. 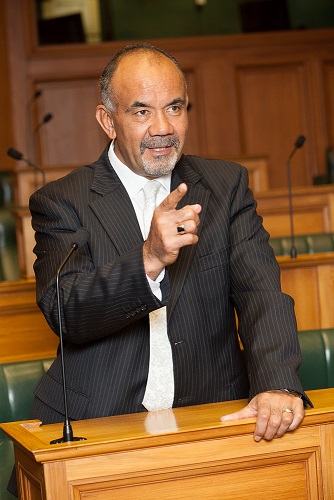