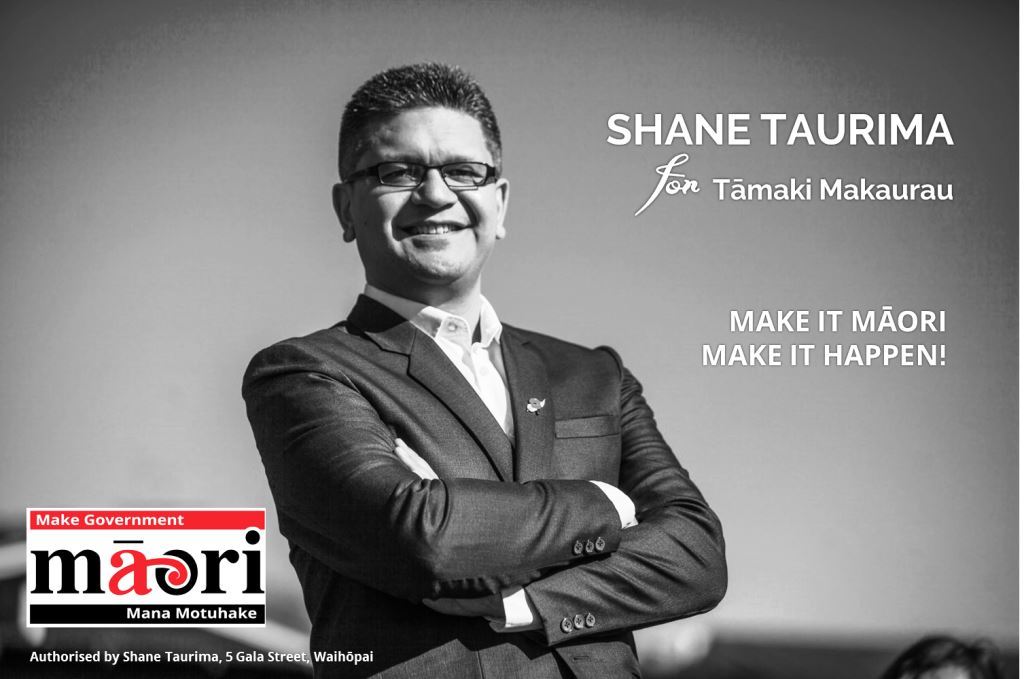 Shane Taurima will be a force to be reckoned with as the Māori Party gears up for its campaign in Auckland this weekend.

“Shane has been a familiar face on our TV screens for a number of years, telling our stories through our eyes, and I’m delighted he’ll bring the same dignified advocacy he is renowned for, to support the aspirations of whānau in Tāmaki Makaurau,” says Mr Morgan.

“A proponent of kaupapa and exponent of te reo, Shane has dedicated much of his life both on and off the screen, to highlighting and investigating some of the most challenging issues facing whānau.

“His ongoing dedication and commitment to improving the lives of whānau led to Shane joining the establishment team for Te Pou Matakana, the North Island Whānau Ora Commissioning Agency, and more recently supporting Te Ururoa as his Senior Ministerial Advisor.

“Through these combined rich experiences, I have every confidence that Shane will harness the powerful independent voice for our people and we’re honoured to have him on the team and in our campaign to ‘Make Government Māori – Mana Motuhake’” says Mr Morgan.

Mr Taurima says he wants to be the MP for Tāmaki Makaurau because he believes Governments need to do better by whānau.

“All our urban whānau have a right to be supported and empowered so they can be strong and successful,” says Mr Taurima.

“We just need to: make it Māori and make it happen!”