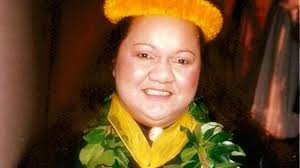 The Māori Party expresses its sadness at the passing of Tomairangi te Kiritokia Paki who passed away peacefully on Monday.

Māori Party Co-leader Marama Fox says Tomairangi the much loved older sister of Kiingi Tuheitia was well-known for her love and ongoing work in performing arts.

“She was a stalwart of performing arts within Tainui and tutored Taniwharau Kapa Haka in 1981 when they won the national kapa haka title. Her passion for the arts was recognised with a Life Member award from the Tainui Cultural Trust.”

“Like her brother Kiingi Tuheitia she had strong leadership qualities and her passion for her iwi knew no bounds. She will truly be missed, not just by her whānau, hapū and iwi but throughout Māoridom.”

“The Māori Party wish to extend our condolences to the whānau at the loss of such a beautiful and strong woman, Ms Fox says.