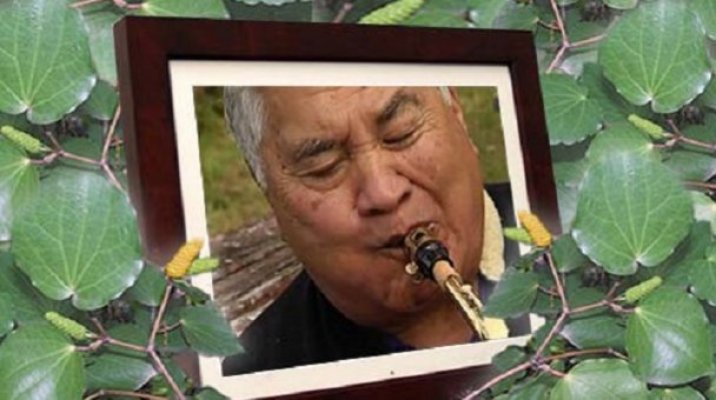 The Māori Party is mourning the loss of Te Napi Tutewehiwehi Waaka of Te Arawa and Tainui.

“Our heart and thoughts go out to the Waaka whānau and the people of Ngāti Pikiao who have lost a great man,” says Māori Party co-leader Te Ururoa Flavell.

“Napi had so many gifts and talents. He was one of Te Arawa’s most charismatic and creative koeke.

“He was known for his remarkable oratory and he epitomised our tribal saying ‘Ko te Arawa māngai nui, upoko tu takitahi.’

“He was respected by many musicians for his ability to compose songs, stun the crowd with his saxophone and he was also respected for his efforts to revitalise te reo Māori and Māori performing arts as well as being a guiding force behind Te Wānanga o Aotearoa.

“I’m really going to miss seeing Napi at the marae. He had the ability to send the entire wharenui into fits of laughter yet make them cry and sing at the same time.

“A lot of people don’t know this but Napi had a lot to do with Pātea Māori Club in the Poi E days and he was also instrumental in getting the wānanga set up in Rotorua, so his work spans many different spaces and places.

“His whānau can be proud of the legacy he has left behind for his iwi and te ao Māori.”