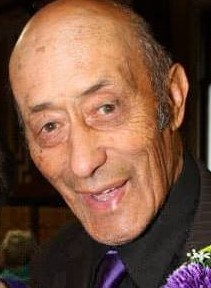 “News of Pāpā Prince’s death has left me heartbroken – his service to whānau, hapū and iwi, and indeed our mighty Māori Party was legendary,” says Co-leader Marama Fox MP.

“I met Pāpā Prince and Aunty Connie on my numerous travels up on the Coast, and recollect a chance meeting on the streets of Gisborne where Pāpā Prince handed me $300 koha towards our 2014 campaign. It turns out he had been busking on the street with his saxophone raising pūtea for the Māori Party candidate,” says Ms Fox.

“I was so fortunate to have met these two wonderful people.  They are two of the staunchest members of the Māori Party. Pāpā Prince offered to erect my billboards around Tairāwhiti in 2014.  I asked if he’d pull together some young bucks to help him – there were three of them, the youngest was 74 years young,” Ms Fox says.

“Kei te tangi hotuhotu te manawa mōu e Pāpā.  Prince was such a beautiful man - kind hearted with a charming nature.  His wicked sense of humour was what we loved about him, but above all else –  tangata tūtūru ki tōnā whānau, hapū, iwi hoki,” says Māori Party co-leader Te Ururoa Flavell.

“Tributes flow this evening for a wonderful man who others liken to Hikurangi maunga – big, strong and staunch.  Whether as a Hikurangi rugby club supporter or the personification of music, he was the man on the sax - all the ladies loved him,” says Ms Fox.

“One of the most memorable stories is about how he was the Rūaumoko haka master.  Legend has it he would stop you in your tracks, and would correct you right there, regardless if it was at a tangi or you were midstream in full flight at a hui in front of whānau.  His prowess at haka - the Rūaumoko master, Pāpā Prince’s positive contribution to our lives will continue on through his wife Connie and their tamariki,”, says Mr Flavell.

“I will continue to honour Pāpā Prince and his unforgettable enthusiasm and commitment in my 2017 campaign.  I will never forget his aroha and I will miss him dearly,” says Ms Fox.

Mr Ferris is lying at Hiruharama marae until his service and nehu on Saturday, 10June.