Māori Party keeps its promise to whānau in Budget 2017 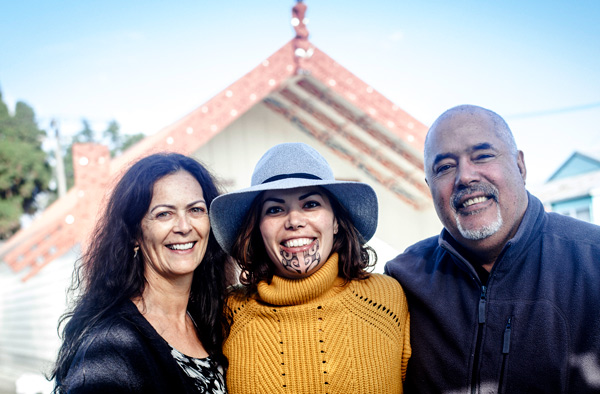 Māori Party keeps its promise to whānau in Budget  2017

The Māori Party is proud to announce a $122 million package of initiatives to support whānau aspirations.

“More than $2 billion in gains for our people since 2008 is two billion reasons why we know we need not look to the left or the right to advance our interests.

“Today gives us 122 million reminders to continue to move forward, to harness our collective strength as Māori and to work to secure our futures as hapori, whānau, hapū and iwi.

“While the dollar amounts differ every year, our relentless focus remains the same – whānau is at the heart of everything we do, and the budget announcements today underscore our belief in kaupapa Māori solutions – by us, for us, and for our future,” Mr Flavell says.

“The announcement of $10 million to extend Whānau Ora to more families is testament to that belief, and the extra funding takes the total amount of investment to $110 million since 2015, and an operating budget of $73.5m per year.

“In three short years, we’ve increased the reach of Whānau Ora to 11,500 whānau per year.  Since its inception, close to $250 million has been invested in achieving the aspirations of whānau through Whānau Ora,” Mr Flavell says.

Māori Party co-leader Marama Fox says the Māori Party has secured budget for a suite of initiatives covering whare, marae, kōhanga reo, whenua, reo and Māori broadcasting – all kaupapa that reflect our inherent faith in ourselves, to know what is best for us.

“This year’s Budget sees $21 million for Māori language and culture, including $5 million to help make it easier for tamariki to access kōhanga reo,” Ms Fox says.

“This means $58.5 million since 2014, has been secured to help whānau connect to their language, culture and identity.

“We are also committed to initiating home ownership trials for whānau, and to reducing the rates of family violence through facilitators able to support whānau,” Ms Fox says.

“These two initiatives are opportunities to take innovative approaches to strengthen our whānau.”

Initiatives for Budget 2017 include:

Mr Flavell says: “We must invest in each other, in our whānau and in our communities.  The Māori Party has a long held belief that it is up to all of us to restore our collective responsibilities and obligations towards each other.

“The budget announcements today provide further opportunities to do just that.”