Our Plan for Auckland 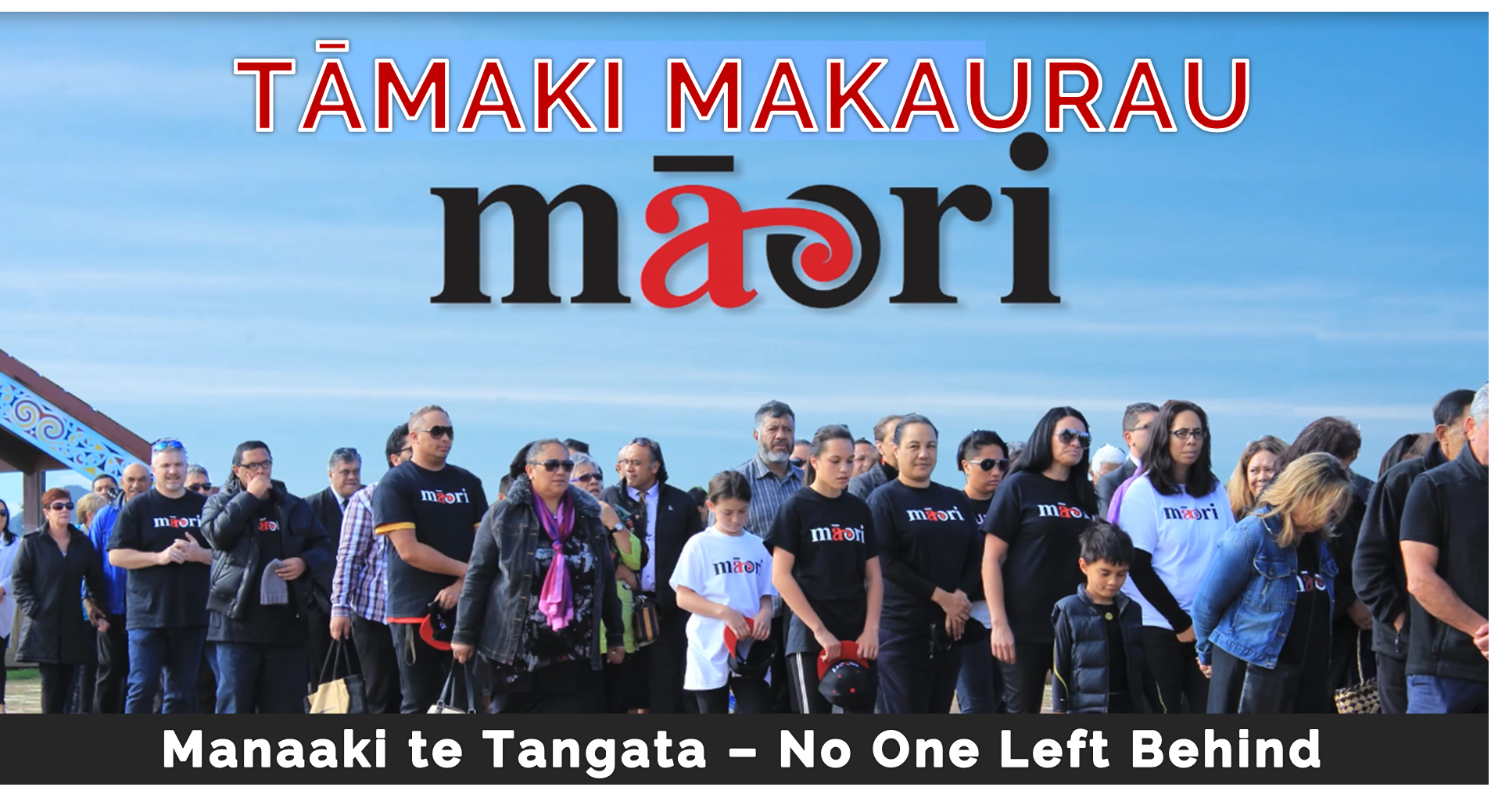 One in every four Māori in Aotearoa live right here in Auckland.

So it’s fitting that the Māori Party has a plan for this city, a plan for our whānau here.

The Māori Party acknowledges the blood, sweat and tears our tupuna invested in the birth and growth of this city.

I’ve door knocked thousands of homes here and I’ve heard the karanga, the call of our families for change.

And I’m not talking about change for a year or three years or even six years.

Whānau are telling me they want change that can stand the test of time.

They are sick of change that sees the goal post move every time they get closer to it.

Mere political change and change for the sake of change is not enough.

The Māori Party seek nothing less than transformational change that lifts our people from dependence and deprivation to dignity.

OUR PLAN FOR AUCKLAND

The Māori Party has a broad suite of policies but the ones I want to talk about today concern our whānau right here in Auckland.

Our plan is called ‘Manaaki Tangata – No One Left Behind’

Let me start with our response to the housing crisis.

Te Puea Marae showed New Zealand how to tackle homelessness. They showed our country the true meaning of manaakitanga – in action. Manaakitanga must become the core value and foundation of our housing and welfare policies.

So this is what we in the Māori Party will do about it:

Both central and local government have the power to eliminate homelessness. And if Auckland Council can introduce targets to eliminate weeds, sewer overflows and sugary drinks, then it can do the same for people living on the footpaths and in cars on the streets that they own.

The bigger parties are having a competition right now on who will build the most houses in Auckland. They are very vague about how many of their yet to be built houses will be made available to whānau on low incomes.

You can rest assured that whatever number they come up with, that the Māori Party will be the voice that constantly reminds them that they must not overlook or leave behind our whānau when it comes to choosing the people who will live in those homes. That is the strong independent Māori voice that is the Māori Party.

Now our friends next door (Labour Party) are running a false campaign by saying the Māori Party is to blame for Māori homelessness.

My response? How can 2 out of 121 MPs be blamed for that? Minorities do not create poverty or homelessness or social miseries. And to be honest, our people have been in poverty since the New Zealand Land Wars when they were forced to go from the ‘haves’ to the ‘have nots.’

The truth is that you cannot trust red or blue to house the homeless or the poor because while they have both built houses, together they have successively created intergenerational homelessness and poverty.

The seed of our Whānau Ora policy has already been planted. We will grow this kaupapa in Auckland by:

Our Whānau Ora work has already helped thousands of whānau in this city, so our plan to grow this in Auckland is more than realistic.

Health is a major issue for our people, especially our tamariki.

There are about 400,000 children under the age of 18 in Auckland and Māori and Pacifika children are less likely to be taken to a doctor when they are sick.

The Māori Party will:

Our tamariki have a right to access proper health services regardless of whether or not their parents have money.

There are more than 100,000 tertiary students in Auckland.

The construction industry will need another 30,000 workers by 2019.

Too many of our youth aren’t in education or work. And we can do a lot more to support our young people who will be in charge of running this country in the years to come.

The Māori Party will:

More than $10 billion is being invested by government into strengthening the infrastructure of Auckland. The Auckland Council spends over $2 billion per year providing services to the region from Wellsford to Mercer.

Australia has already introduced targets in their territorial and state procurement practices for indigenous businesses and that has seen exponential growth of Aboriginal businesses and employment in the last three years.

We will also to look to establish procurement targets for Auckland. This will enable more iwi, businesses and community organisations to get into business partnerships with central and local government that will provide more jobs for our whanau.

We’re also committed into putting more money into the pockets of hard working Kiwis which is why we will continue to advocate for the living wage of wage of $20. And we also want to explore an Auckland wage. It’s already happening in London because of the high price of living.

We are focused on improving land productivity, employability and skills in the region with a clear focus on Māori and Pacifika businesses which is why we will commit to setting up a new fund of $5 million to support families wanting to get into business.

We need to support our entrepreneurs. They need our support and we will give it.

Auckland is our biggest city and it is the gateway to Aotearoa. We need to be doing more to promote and celebrate our rich cultural diversity which is why we will make Auckland a bilingual city.

We will start with bilingual signage and then we will invest in reo Māori speaking communities.

We also want to celebrate the rich Pacifika cultural value and community that we have in Auckland which is why, in the next threes if we are in government, we are committed to building a Pacifika cultural village right here in South Auckland.

Not to forget our marae. Some of you may have heard about the fund we set up in Budget 2017 to repair and restore marae around the country that are not in good shape.

The Māori Party will invest an additional $5 million into Marae Ora to restore Auckland marae and make them eco and digital friendly.

And lastly, but importantly Auckland deserves a louder voice in Wellington.

There is a desperate need for liaison between central and local government.

The Māori Party will reinstate the position of Minister for Auckland Issues.

All of what I have outlined today, is our plan for Auckland.

The Māori Party wants an Auckland where tangata whenua Māori, Pacifika and all peoples in this city are not left behind. An Auckland where whānau are strong and independent.

Make your vote count whānau. Vote for where we aspire to be, not where we used to be.

Send the Māori Party back to Parliament with more than our current two MPs, send us back so we can hold the balance and keep the bigger parties accountable.

Make it Shane Taurima, make it Māori Party when you go to the polling booths on September 23.

For the video of Shane Taurima's speech click here