The Māori Party reiterated its call for the history of the New Zealand Land Wars to be taught in schools, while supporting Treaty settlements for three iwi from Taranaki in Parliament today. 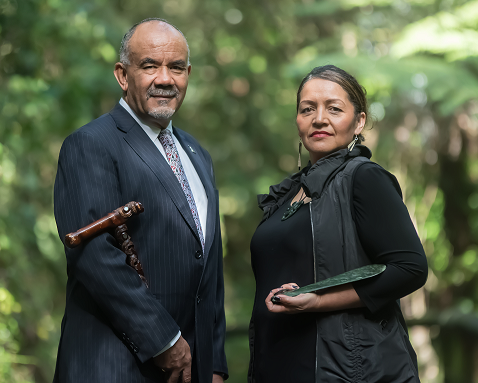 “I want to hear the stories and see the journals about the history of these iwi in our schools because that’s the only way our nation is going to understand why so many Māori in Taranaki, why so many Māori throughout the country, feel the way they do,” said Māori Party co-leader Te Ururoa Flavell while speaking on the Treaty settlement bills in the House today.

“It’s time for our nation to learn about that history and the best place to start would be in our schools.”

Māori Party co-leader Marama Fox said the New Zealand Land Wars started in Taranaki in battles that have shaped our country and its people.

“The people of Taranaki gave us the story of Parihaka and Parihaka gave us amazing leaders like Te Whiti o Rongomai who, in turn, gave the world passive resistance – a peaceful approach to fighting injustices that was then adopted by renowned Indian peace leader Mahatma Gandhi. Everyone knows Gandhi but they don’t know Te Whiti.

“We owe it to Taranaki to remember their stories.”

Three laws were passed today, settling the historical Treaty of Waitangi claims for Ngāruahine, Te Ātiawa and Taranaki Iwi who lost the majority of their lands during the war with the Crown in the 1860s – a loss that had devastating social, cultural and economic impacts on them and the generations that have followed.

“It was heart-warming to see so many whānau from Taranaki in the gallery today to witness one chapter in their history close and another open,” said Mr Flavell.

“Today belongs to these iwi. They’re a resilient people and I know they’ll only get stronger and carve out a future that is full of hope and opportunity for their children.”

Both Ms Fox and Mr Flavell thanked Hon Chris Finlayson for negotiating time before the end of this year to get the three pieces of legislation passed.