A person with narrow vision has a restricted horizon

A person with wide vision has plentiful opportunities 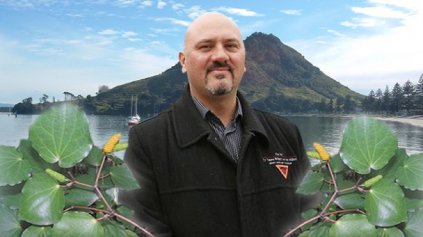 “Te Awanuiarangi was driven by an internal fire, burning within, which compelled him to make a difference in every sphere of his life,” said Mr Flavell.

“I loved him dearly, and I cannot believe he is no longer with us. As I prepare to go to the Iwi Chairs Forum today, I'm truly devastated to be carrying the loss of someone so precious with me into a gathering where I know many will be absolutely distraught by his death," said Mr Flavell.

As a son of Ngāti Pukenga, Ngāi Te Rangi, Waitaha, Ngāti Ranginui and Ngāti Raukawa ki Ōtaki, Te Awanuiarangi was a highly respected leader and a dedicated champion for his people.

“Awanui had the courage and the commitment to stand and represent his people wherever he heard the call. He was a champion of so many things for our people and I could never comprehend how he managed to be in so many places at the same time.

“But as diverse and comprehensive as the scope of his work was, today we feel particularly for all those who loved him as a Papa, a partner, a brother, a son,” said Mr Flavell.

Māori Party co-leader Marama Fox said the party was very proud that Te Awanuiarangi chose to stand for it in 2008 and 2011, both for the Tauranga electorate, and on the list.

“He was an ardent supporter, an energetic party strategist and an enthusiastic ideator, always creating new scenarios and policy ideas to take the campaign in new directions,” said Ms Fox.

“I knew of his remarkable reputation in education long before I met him.

“I'm sure that in the national gathering of iwi leaders over these next few days, there'll be much sadness at the loss of someone so instrumental in advancing iwi opportunities across so many sectors.”

Mr Flavell said the Māori Party wept particularly for his darling daughter Parearau, who worked for him and for Dr Pita Sharples for many years, in the early years of the party.

“Parearau and her brothers are very much in our hearts as we mourn the loss of this amazing man. We know their father will be forever cherished not only in the legacy he leaves but also in the distinctive ways he has shaped their character and their passion for life. Our love goes out to them all at this time of such sadness.”