“More than 400 representatives were to travel to Wellington on Thursday and Friday to witness the historical passage of long awaited settlement legislation for five iwi, but an appalling move by NZ First has put a stop to that today,” said Māori Party co-leader, Marama Fox.

"I'm just so appalled at the utter disrespect of NZ First to pull a stunt like this."

“As a result of New Zealand First reneging on a decision, five iwi from Ngāti Kahu ki Whangaroa, Ngāruahine, Te Atiawa, Taranaki and Rangitāne will not see legislation pass to settle historic Treaty of Waitangi claims. I hang my head in shame that as a Member of Parliament, a member of the House of Representatives, that our people have had justice denied to them yet again, because justice delayed to iwi, is justice denied,”  said Māori Party co-leader Te Ururoa Flavell.

“I think of the prophetic words of Tohu Kākahi tonight who said to his people at the time 1500 troops descended upon Parihaka – if you are overwhelmed in this day be patient ... have faith ..."

“The people of Taranaki understand what this statement means. It has been the basis of their absolute faith in the raukura which has been their strength for over a century.  Unfortunately, NZ First have let them down but we will be working hard with the government to return the bills to the House as soon as possible, so our people can move forward; that’s what they want,” said Mr Flavell.

“Hundreds of people, including kaumātua, had already booked their transport, accommodation, and catering. These iwi are now thousands of dollars out of pocket.  If that’s not bad enough, these iwi have had to wait generations for settlement.  Justice delayed is justice denied and our people will not forget it.”

“According to NZ First, information received today meant it could not support the legislation for the settlement bills, so plans to pass legislation on Friday have now been thrown out the window,” said Ms Fox.

“It would be helpful for us all to know how the affected iwi felt about NZ First’s concerns.  We received calls today from iwi members aghast at the actions of NZ First.  Iwi representatives have stated publicly that ‘they are beyond disappointed at the possibility that their third readings, which really are a formality to affect the already binding agreements between the Crown and iwi, have been put in contention by NZ First’ –  and we agree,” said Mr Flavell.

“What this clearly tells us is that our people cannot trust NZ First.  This should be a strong signal to them that NZ First cannot be relied upon to act in their best interests in the future,” said Ms Fox.

“If NZ First were in government, it is plainly obvious it would be much more difficult to get Treaty settlement bills through.”

“This is yet another example of why a strong independent Māori voice is the only safeguard and protection our people have in Parliament,” said Mr Flavell. 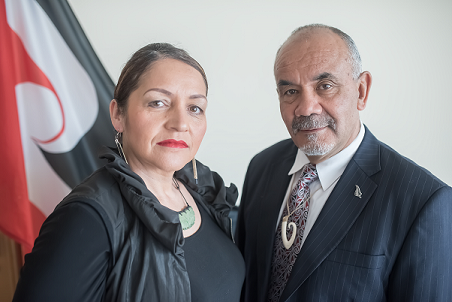