Māori Party Co-leaders Marama Fox and Te Ururoa Flavell are today in Ngāruawāhia to honour the return of important historic sites to Kīngi Tūheitia on  behalf of Waikato-Tainui.

Mrs Fox says the Crown returning Rangiriri Pā and Te Wheoro’s Redoubt Historic Reserve is another valuable step forward in the reconciliation journey between Māori and the Crown.

“The significant confiscation of large tracts of arable Māori land during the Land Wars, including those such as the Pā and Redoubt, was a dark period in our nation’s history.  All efforts to provide redress in recognition of these historic confiscations are welcomed,” she says.

Mr Flavell says “I have heard at the various commemorations of the wars held over the last few years of a real desire to have the land handed back to the people as historical sites.  The Māori Party has played a part in supporting the return of the whenua and I am pleased these calls have been answered in this instance” he says.

Rangiriri Pa and Te Wheoro’s Redoubt are significant historical sites in Waikato and were major fortifications built to resist the Crown’s invasion. The two sites have historical and cultural significance to Waikato-Tainui as they formed part of the first physical land confiscations by the Crown as a result of the New Zealand Wars in 1863-64.

Mr Flavell says it is poignant having the land returned during the 10th anniversary of the coronation of Kīngi Tūheitia at Tūrangawaewae marae in Ngāruawāhia. 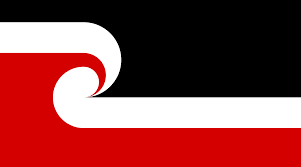