Māori Party Co-leaders Te Ururoa Flavell and Marama Fox say the Party will cautiously support the New Zealand Intelligence and Security Bill to select committee when it has its first reading in Parliament today. 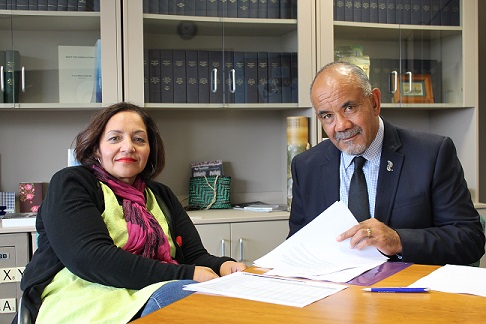 The Māori Party will support the New Zealand Intelligence and Security Bill to select committee so that the issues it contains can be properly debated and people have the chance to make submissions on them.

“We are mindful of reports earlier this year of institutionalised racism within the intelligence agencies,” Mrs Fox says.

“SIS and GCSB have significant powers and it’s important to ensure these are clearly set out and that they can never overstep the mark. We have noted the ‘triple lock’ protection for written warrants and we need to ensure careful consideration of these and other proposals, including the definition of ‘national security’, so Māori and other New Zealanders are not unfairly impacted,” she says.

Mr Flavell says, “the ‘anti-terror’ raids in Te Urewera in 2007, are still fresh in our people’s minds and therefore the power of surveillance must be free of discrimination”.

“We are conscious of the legitimate distrust felt towards the security agencies and Police and we will be scrutinising the provisions that allow the agencies to co-operate with each other”.

“It is important for everyone that there is adequate oversight to ensure that these agencies strike the correct balance between individual liberty and the powers of the security agencies.  We are yet to be convinced that that balance has been found and we reserve our position on that point” says Mr Flavell.

Mrs Fox and Mr Flavell have encouraged NZSIS Director Rebecca Kitteridge and GCSB Director Andrew Hampton to meet with iwi leaders and Māori to help instil confidence in both agencies.

“Going forward, our people must be able to have faith that the NZSIS and GCSB have moved on from the ‘old boys club’ and that they are reflective of the communities that they ultimately serve.”

The Co-leaders say they were encouraged by the comments of the Privacy Commissionerand the Human Rights Commissioner that the bill is an improvement on the current legislation.