Māori Party and Kiingitanga to work together

“Working with the Kiingitanga makes sense – we both put Māori first and we are both actively working on solutions to improve the lives of our people in the best interests of the country.”

The meeting was on the back of positive comments regarding the Māori Party made by Kiingi Tuheitia during his annual speech at Turangawaewae Marae on Sunday.

Chief of Staff to the Office of the Kiingitanga, Te Rangihiroa Whakaruru, says: “With growing levels of homelessness and poverty, Māori need to work together to do what’s best for our people.”

In his speech Kiingi Tuheitia also stated he would no longer vote for Labour as it had shown an unwillingness to work with the Māori Party.

Mrs Fox says the Māori Party remains open to working with any political movement that wants what’s best for Māori and she is unimpressed by Labour’s attitude toward the Māori Party.

“I’m disappointed in the Labour Leader’s response to the King’s speech. I would expect greater respect from Parliamentarians toward the resident monarch,” she says. 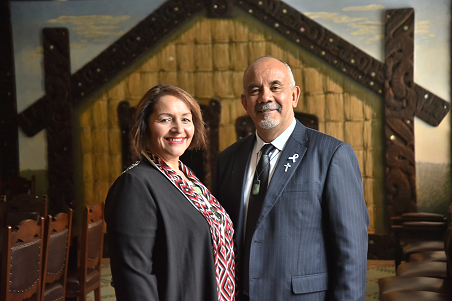