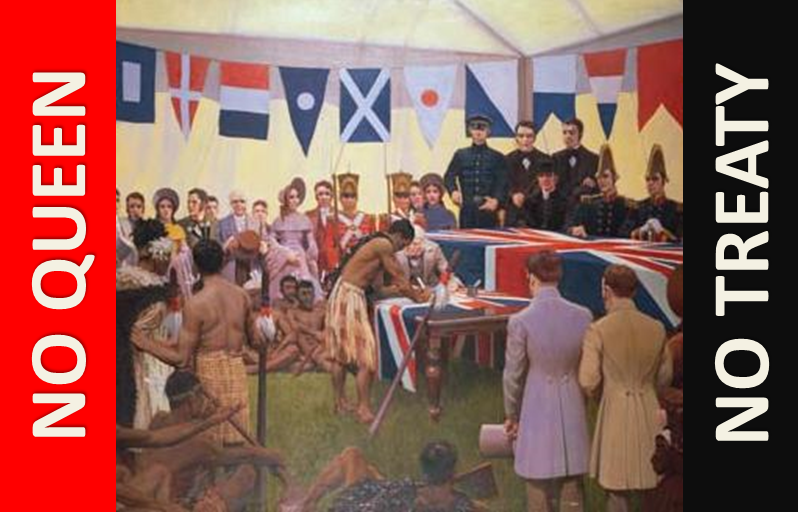 “Here we are, less than two weeks out from a general election and without any consultation with the treaty partner, the Labour leader announces she wants to do away with the Queen,” says Mr Flavell.

“Removing the Queen as our head of state removes the Treaty of Waitangi and Māori rights in this country guaranteed to us under our nation’s founding document.”

“Given our colonial history and the systematic stripping away of Māori land, rights and resource, any talk about cutting ties with the Queen, or establishing a republic is an extremely naïve move.”

“This dismissive attitude towards Māori, as a Treaty Partner, is becoming tedious from the Labour Party. How about a conversation first with Maori?” says Ms Fox.

“It makes it hard to believe the claims that Labour had learnt from its mistakes, such as the foreshore and seabed debacle.

“Seeking to remove the Queen as head of state without any consideration of the constitutional implications for Māori, shows Labour hasn’t learnt a thing.”

The latest announcement follows Labour’s claim that ‘everyone owns fresh water’ despite the Waitangi Tribunal stating that Maori had rights akin to ownership and voting against Ngāti Paoa’s wish to build houses on its land.

“It’s the same old story again from Labour where they simply forget about discussing things with Māori and take them for granted. We want to be part of the decision-making process and not just wait on decisions made by others. It begs the question what else does it have on its agenda for Māori?” says Mr Flavell.

“Carving out our future as a country can only happen when Māori are truly afforded partnership status as guaranteed under the Treaty of Waitangi and given a say in fundamental constitutional issues such as this one,” says Ms Fox.