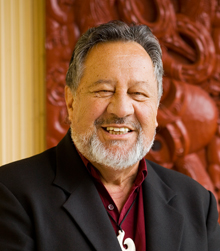 Dr Pita Sharples was first elected to the House of Representatives as a Māori Party Member of Parliament on 17 September 2005 for the Electorate of Tāmaki Makaurau and was re-elected in the 2008 and 2011 General Elections.