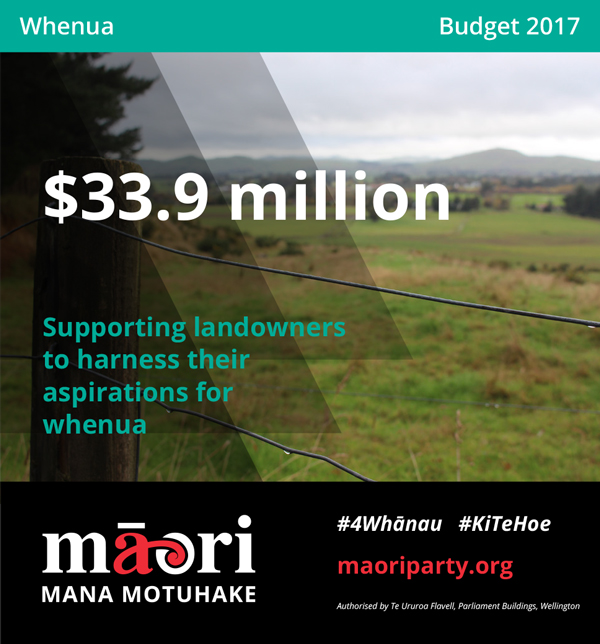 The Māori Party has secured $33.9 million in Budget 2017 to ensure Māori landowners have a say in the destiny of their whenua.

“It is a long held belief by the Māori Party that mana motuhake (self-determination) is crucial for Māori landowners in attaining their dreams and aspirations for their whenua,” says Māori Party Co-leader Te Ururoa Flavell.

“That is why we have secured $30.9 million over one year for the Māori Land Service to help establish a service which supports and advises Māori landowners.”

She says the Party has also gained an additional $1 million dollars for Te Mana o Te Wai Fund for whānau, hapū and iwi to help improve the water quality in their rohe.

“That’s what the Māori Party has been able to do by being at the table. We have provided the tools, the framework and then it is up to our people to make their aspirations for their whenua happen,” says Ms Fox.

Mr Flavell says; “Our association to the land is central to the Māori Party and that’s why we’re taking Te Ture Whenua Māori Bill through the House.

“We see this once in a generation reform of Māori land law as pivotal to unlocking the potential of our whenua.” 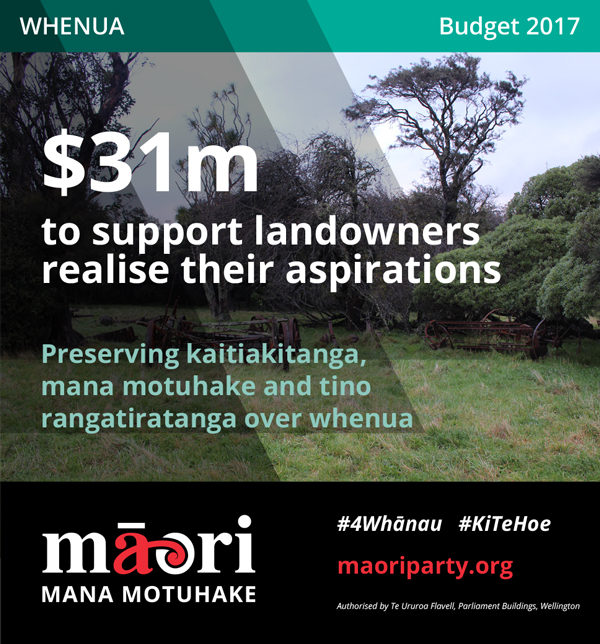 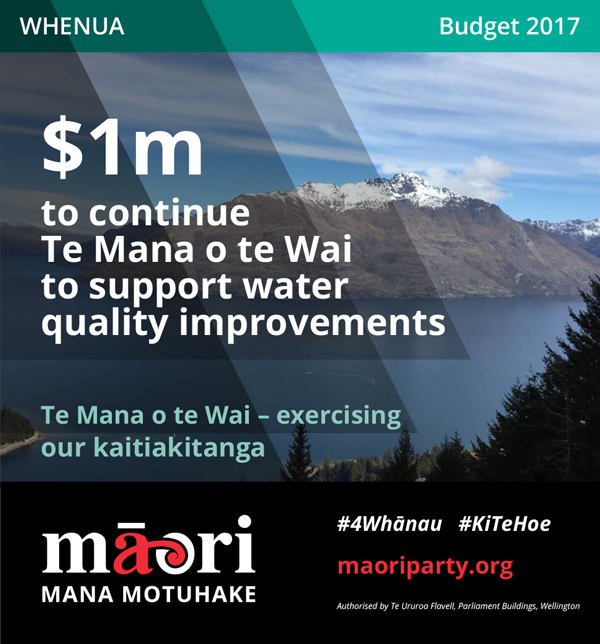