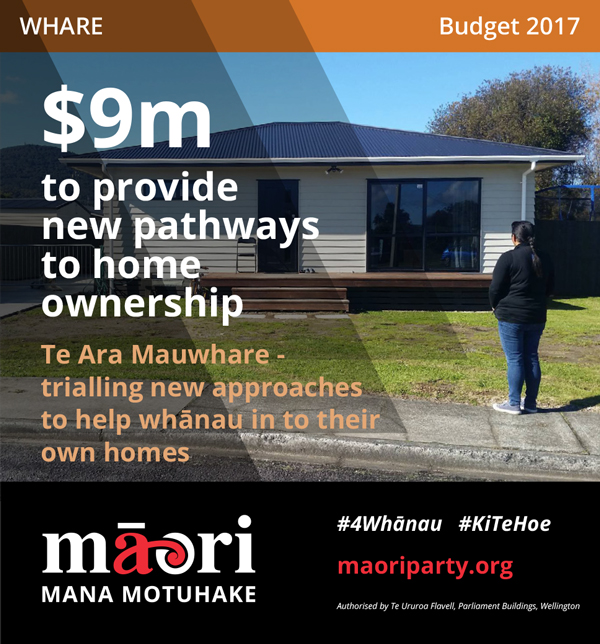 Helping more Māori achieve housing independence is the driving force behind trials to get more whānau on modest incomes into a home of their own, says Māori Party co-leader Marama Fox.

Te Ara Mauwhare – Pathways to Home Ownership has been allocated $9 million over three years in Budget 2017 to look into community-led initiatives to set whānau on the path to home ownership.

“Home ownership rates among Māori are declining at a faster rate than the rest of the New Zealand population,” says Ms Fox.

“We don’t want to see whānau trapped in an intergenerational rental housing cycle with no way out. That’s why we want groups to think laterally about ways to break that cycle.”

Some options that have been explored across the motu have included shared equity models, rent-to-buy arrangements and affordable rentals which allow tenants to save for a place of their own.

“It’s a goal of many New Zealanders to own their own home and Māori are no different. But with so many in rented accommodation we run the risk that our tamariki will be ‘Generation Rent’,” says party co-leader Te Ururoa Flavell.

“We need to test out models that can help whānau realise their home ownership ambitions and they may just find a solution for the wider community too.”